Change of use from a Bed and Breakfast to a private residence can sometimes be a challenge, especially if you pay the equivalent of business rates in your region. There is an argument that you could still sell the property as is and leave it to the new owner to resolve who could just say I’m not open as often as the previous owners, takes down the signs and uses it as a private residence. It’s more complicated if you pay business rates but there are still a few things to consider.

Check if was the property ever granted planning permission to business use, sometimes it’s just evolved over time, if this is the case and you pay residential rates then just do it.

It pays to be able to show you have actively been trying to sell the property. Clearly placing a viable business on the market for all to see could be injurious to future booking. A specialist portal that enables bespoke marketing such as ListedByOwners could be the answer especially if you retain the marketing data and enquiries you were unable to close.

Accounts that demonstrate non-viability will be of value and supporting data from your local agencies to demonstrate reduced demand, or reduced footfall. These are not always the same, if could be the same footfall has been allowed to dissipate your opportunity, our contention is that often this could be your local authority who could be working against the best interest of free trade.

Finance Considerations
If your property is going to end up as a residential property but your lender has classified you as a commercial mortgage it would be worth getting your lender on board as they will have a different “exposure to risk” once you inform them you no longer take paying guests. This will involve getting off of the various sites you currently rely on for example TripAdvisor, the OTA’s and making sure there are no online listings that describe your property as an accommodation provider with the facility to make a booking.

You may have a period of reduced income so getting off commercial rates to residential rates is going to be important. Have the local authority played a part in allowing unregulated AirBnB properties to erode your opportunity?

VAT considerations
The unregulated property is unlikely to be paying VAT, compared to the accommodation professional who probably has 20% of VAT included within their rates.  HMRC lose out by not regulating those who undercut the market place.

If a business is no longer viable then this adapted article may assist. Source

In our cost-benefit analysis, we find:

Overview of the economics of Airbnb

Airbnb runs an online marketplace for short-term lodging rentals. It largely does not own dwellings or real estate of its own; instead, it collects fees by acting as a broker between those with dwellings to rent and those looking to book lodging.

The perception that Airbnb tries to foster is that its “hosts” are relatively typical households looking to earn supplementary income by renting out rooms in their homes or by renting out their entire residence when they’re away. Critics argue that Airbnb bookings have become increasingly concentrated among a relatively small number of “hosts” that are essentially just wealthy people able to purchase inexpensive properties and to let them out. The significant when compared to having the same funds on deposit in a tax paying bank account.

At a broad level, the potential economic benefits and costs of Airbnb are relatively straightforward.

Finally, one well-advertised potential benefit of Airbnb is the extra economic activity that might result if the rise of Airbnb spurs an increase in visitors to a city or town. Besides the income generated by Airbnb property owners, income might be generated by these visitors as they spend money at restaurants or in grocery stores or on other activities.

The reality is none of the Online Travel agencies increase footfall, at best they offer ever more diverse routes to stay at the destination moving occupancy levels down at professional providers into unchartered waters where health and safety have far less prominence.

The single biggest potential cost imposed by Airbnb comes in the form of higher housing costs for local residents when enough properties are converted from long-term housing to short-term accommodations. If property owners take dwellings that were available for long-term leases and convert them to short-term Airbnb listings, this increases the supply of short-term rentals (hence driving down their price) but decreases the supply of long-term housing, increasing housing costs for city residents. (We refer to all long-term costs of shelter as “housing,” including rentals and owners’ equivalent rental costs.)

A further potential cost is the negative impact that property rentals (of all kinds) impose on neighbours, for example, noise and/or use of building facilities. Since hosts are often not on-site with their renters, they often do not suffer the consequence of the disruption and hence may not factor them into rental decisions. Of course, one could argue the same issues are also incurred with long-term rentals not arranged through Airbnb. But if the expansion of Airbnb increases total short- and long-term rental activity, or if short-term rentals impose disproportionate issues than long-term rentals, then Airbnb expansion increases the detrimental impact on local communities.

Finally, if Airbnb expansion comes at the expense of traditional hotels, it could have a negative impact on employment. First, since some of the labour of maintaining Airbnb lodgings is performed by the property owners themselves, the shift to Airbnb from traditional hotels would actually reduce employment overall. Second, since the task of cleaning and maintaining rooms and even greeting Airbnb renters is often done by third-party management firms, the shift from the traditional hotel sector to Airbnb rentals could significantly reduce jobs in the area.

If Local Authorities continue to allow AirBnB to impact professional accommodation providers then they should also recognise the need for some businesses to close and therefore not oppose change of use without a considerable body of evidence.

Create your own listing to sell your property without an estate agent.

Create your own listing here

Our team are ready to help you get your property online today.

Tips for selling your home fast 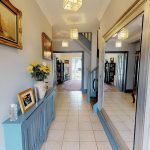 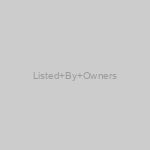 Save your money. You're going to need twice as much money in your old age as you think.